Down Goes Frazier Original music from the great Northwest…

In addition to playing lead guitar, Bill is the musical half of the songwriting team behind Down Goes Frazier.  Bill is easily the most prolific songwriter in all of Washington State, if not the entire World.  Often producing upwards of twenty songs a month, Bill is never afraid to let his guitar do the talking.  No stranger to the music scene, Bill has been playing in bands all over the country for the past thirty years.  If it’s out there, he’s seen it. 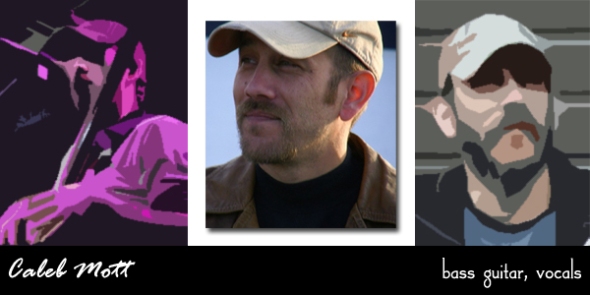 Caleb is the difference between a Rock band, and a Rock band that grooves.  Whether it’s a driving pop song or a brooding ballad, Caleb will keep it moving.  A seasoned veteran of the Seattle music scene, Caleb is a musician’s musician – always guiding the band (sometimes rather animatedly) towards turning good music into better music.  Whether playing, singing, arranging or engineering, his presence is paramount to the success of Down Goes Frazier. 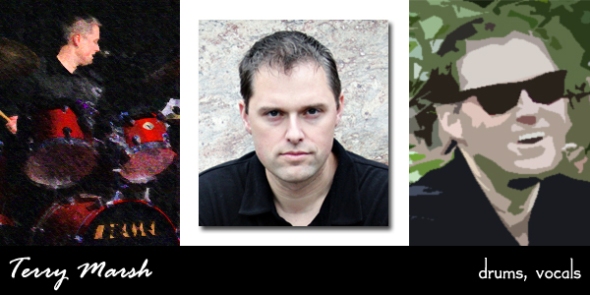 When you go through life, occasionally you come across a guy who was simply meant to play the drums.  Terry is one of those guys.  And it’s a good thing too because he plays constantly!  He teaches students up and down the Kitsap Peninsula, plays in nearly half a dozen bands and can play pretty much any style of music you have ever heard of.  Terry picks up songs in less time than it takes to listen to them, and almost always remembers how we played something at a prior rehearsal long after the rest of us have forgotten!  If you are looking in the pocket, way down deep under the change and the lint and whatever else is in there, that’s where you’ll find Terry.  And you can leave him there – he’s not coming out.

Andy is the singer and lyrical half of the songwriting team behind Down Goes Frazier.  Rarely at a loss for words, Andy is not afraid to pack an enormous amount of syllables into a single stanza.  Fortunately, often times cooler heads do prevail.  Andy has been singing in bands across the country for the past 25 years, but it was Bill’s music that finally inspired him to pick up the pen. (who are we kidding – nobody uses a pen anymore… Google Docs!) 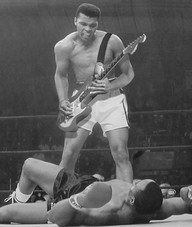 Special thanks to Savant Photography & Design for Photography, Video and Logo Design!